For me this was my first project where I interacted directly with the people.  I had planned this idea for quite a few weeks and after finalising the concept the next step was to arrange the location and time schedule with my friend and photographer (Mark Douglas).  After much discussion we finally came to the conclusion that the walls in Derry, Northern Ireland was the perfect location for the height and solid ground that we requires for the photograph.  A few days later i traveled to Derry on the bus carrying with me 7 litres of water;  I met mark at the University of Ulster, Magee that afternoon and we filled another 8 litres of water in more bottles just to be certain we had enough water to do the project.  We then walked 20 minutes carrying all this 15 litres of water.  I have to admit at this point I started to get very nervous myself as we did not know what would happen when we started applying the water to the ground.  Anything could have happened due to Ireland’s cautious attitude towards life and that we easily could have been arrested by the police; not to mention people can be unpredictable at times.  All this tension created a certain uneasy feeling as we where walking.  I cannot speak for mark but i am sure he had similar feelings.  however i think this added to the experience.  Once we arrived at the walls in Derry we started to plan, analyse and measure what would make the photograph most successful.  so after about 30 minutes of careful planning we just decided to jump into the deep end and get it done.  1 hour later it was all done with no hassle or problems which was a surprise to me.  it even got a great reception from the people as everyone was interesting in what we where doing and asking questions.  I will always remember a builder that was working on the top of a high building which was beside us shouting down ‘we take water for granted’

I would like to thank Mark Douglas for his efforts and dedication for believing in my idea.

I also would like to thank robin hodge for the knowledge and understanding.

We take water for granted 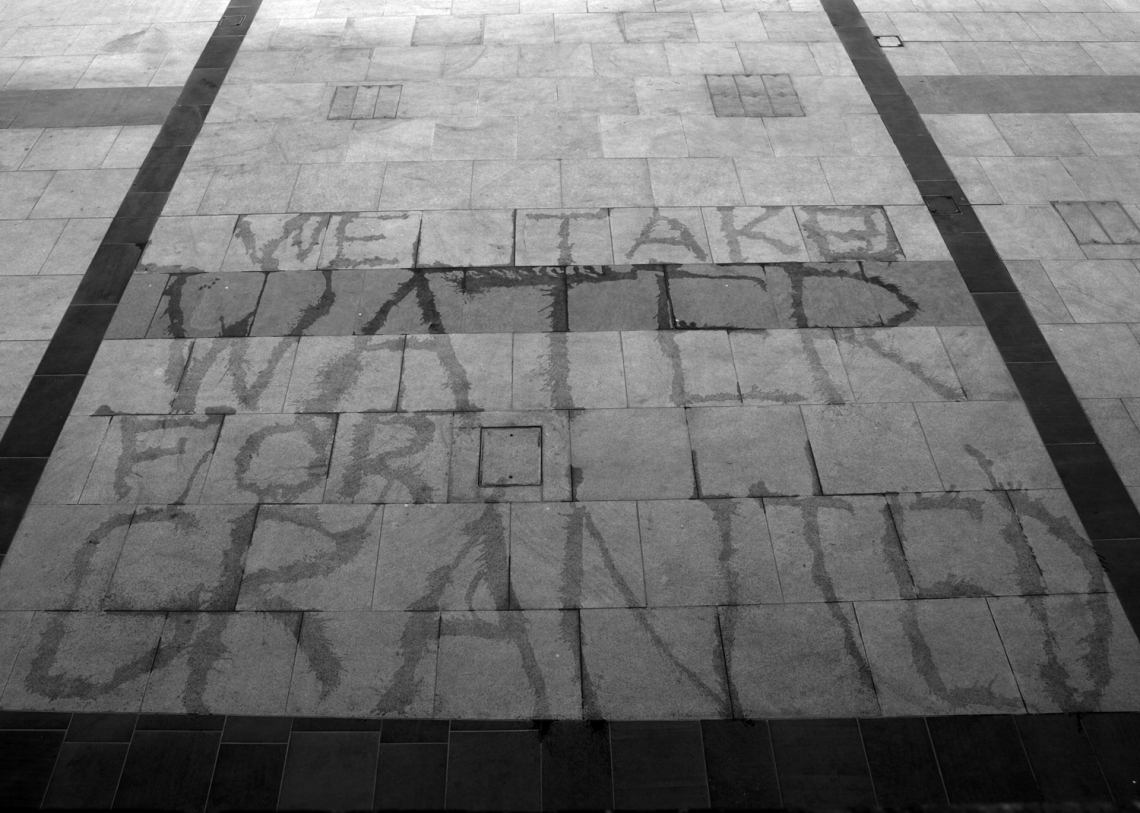 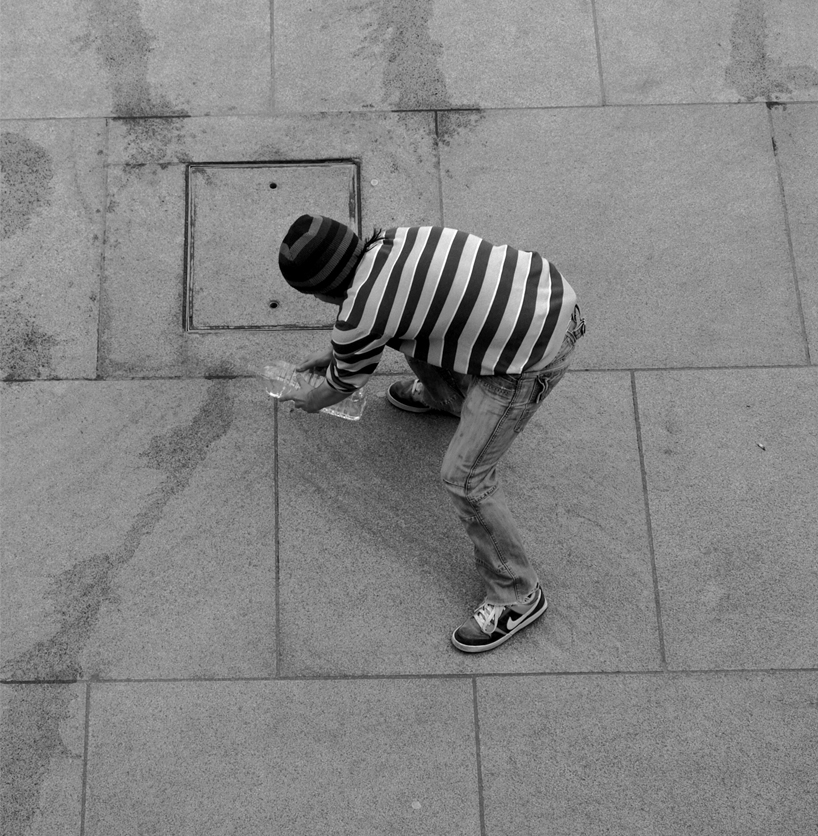 Christopher Scott is an internationally recognised social awareness poster designer. Currently he is a Professor of Graphic Design at the Universidad UTE and President of the Ecuador Poster Bienal. You can contact me by email: christopherscottdesigner@gmail.com View all posts by Christopher Scott